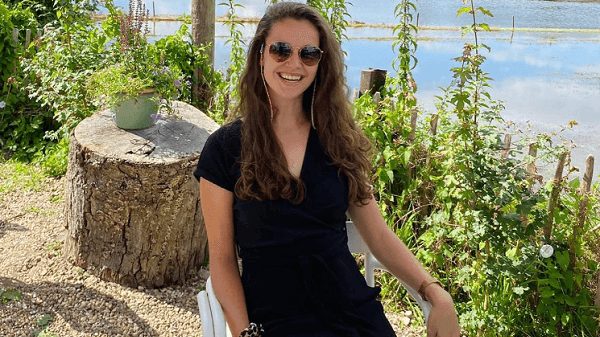 Coming in to Wimbledon 2022 in London, there were a lot of dropouts due to injuries and a few more before the tournament began had to pull out due to Covid-19. Some other top players were not a part of the competition as there was a ban on Russian and Belarusian players, which means we got to see a lot of new and talented faces at Wimbledon 2022.

In the men’s draw, one particular player who garnered a lot of interest from the tennis world was Tim van Rijthoven from The Netherlands. The 25-year old has a career-high ATP singles ranking of world No. 104 but he played like he was one of the top 20 players in the world, knocking out a few big names and getting a lot of praise because of his gameplay.

Who is Tim van Rijthoven’s girlfriend?

The unseeded player beat Federico Delbonis in straight sets in the first round of Wimbledon 2022 and then started gaining a lot of attention when he beat number #15 seed Reilly Opelka in Round 2, this time dropping one set in the bargain. He sent out another known name in Round 3 where he beat number #22 seed Nikoloz Basilashvili, once again in straight sets.

It’s not too often that unseeded players make it through to Round 4 at Wimbledon but this youngster was making the most of his time in London. And while there was praise coming in for him from all around the world, there seems to be a lot of attention given to his box as well, where his girlfriend Maartje Basten has been seated right through the tournament.

For those who don’t know, she’s been travelling with him through most tournaments of late, including the recent Libema Open in Netherlands, where he beat all of the top three seeds to win an ATP title, including Daniil Medvedev, Felix Auger-Alliasime, and Taylor Fritz. At Wimbledon 2022, Maartje Basten has been in his box for every game, along with his coach and brothers.

We don’t know much about Basten but her Instagram bio says she’s a post-graduate with an MSc the degree, and is associated with healthcare brand KPMG. It also tells us that she’s from Netherlands too and that she’s in a relationship with Rijthoven. She travels with him and there are a lot of pictures of the two together, but not many other details have been revealed so far.

As per some data on the internet as well as earlier pictures and videos on her Instagram profile itself, we have reason to believe that Maartje has also played her fair share of tennis in the junior’s categories, but we don’t think she’s pursuing it as much currently. At Wimbledon 2022, Rijthoven was pitted against top seed Novak Djokovic in Round 4. Here’s a look at his recent win at 2022 Libema Open:

We’re sure this youngster has a long future at grand slams in years to come, and we’re probably going to hear a lot more about him going forward. For similar tennis and sports news from around the world, stay tuned to ReadScoops.com …