One of the funnier, and most bizarre, moments of the Ashes series unfolded early on day two in Hobart with Stuart Broad losing his cool at a broadcaster's roving aerial camera.

The England quick was charging in to bowl at Australia's Mitchell Starc but got distracted by the camera and stopped at the crease to stare down the offending technology.

"Stop moving the robot!" Broad pleaded to the camera operator.

READ MORE: Langer urged to walk away after Ashes series 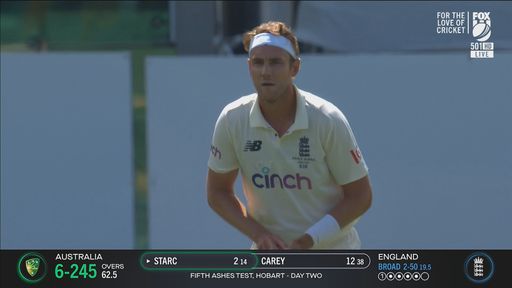 It was strange, hilarious and right in Twitter's sweet spot.