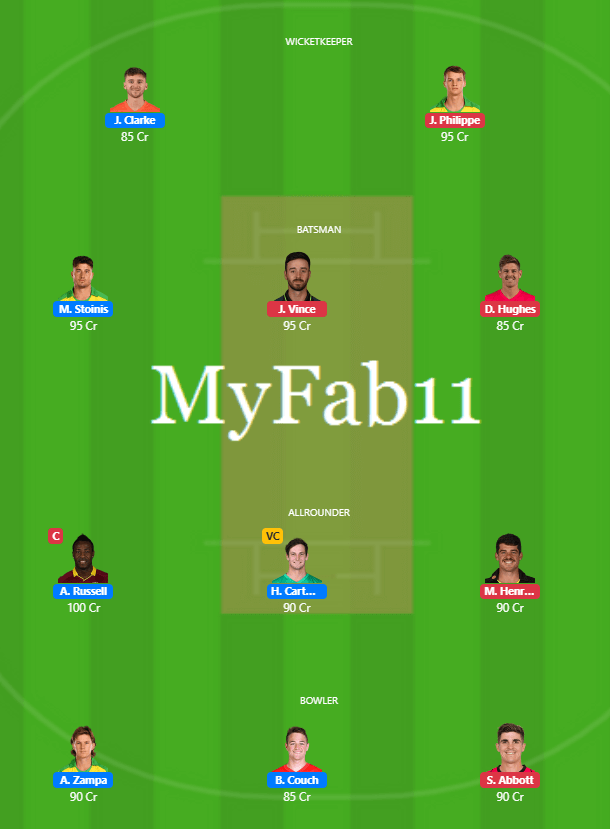 We’re all set for Match 13 of the BBL 11 season, and it’s going to be a hardcore revenge match for Melbourne Stars. The last time they played this opposition was in the opening game of BBL 2021/22 and they were demolished, conceding the biggest loss in BBL history in terms of runs. After that initial loss though, Stars has got their full strength team and has won two games on the trot, and now play at their home venue.

The opponent is Sydney Sixers who are looking to complete three successive BBL titles and after winning their first two games, they lost their last one .so while both teams have 2 wins in 3 games each in BBL 11, Stars are clear favourites for me as we move into this game which is the only one of the day today. Keep reading for our complete MyFab11 (sign-up with code “READAD46 “) STA vs SIX fantasy preview… 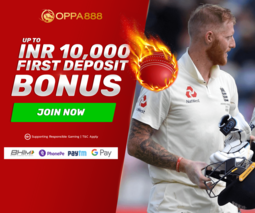 Firstly, we’ll suggest a pick that won’t be in many people’s STA vs SIX fantasy teams and that’s middle order batsman Hilton Cartwright who is one of the biggest and cleanest hitters in the country. 42 and then a quick 23* in the last game shows he’s high on confidence right now. We’ll go with a lesser known player with the ball as well, as Brody Couch hits the deck hard and we’ll pick him over the experienced Nathan Coulter-Nile.

This team is full of x-factor picks as not many will be choosing Joe Clarke in their STA vs SIX Dream11 teams as well, since he’s only got 14 runs in 3 games in BBL 11 but Englishmen love conditions here and we’re backing him to get a better score today. Adam Zampa is always there if you need another bowling option, fresh off the confidence of winning a T20 World Cup, while Andre Russell can be picked as fantasy captain if playing a one-on-one contest.

Their captain Moises Henriques will make my team sheet because he had two seventies and then 26* in the last game, currently the top scorer of the season with a batting average of 175! Another person who has two fifties in the tournament so far is opening batsman and wicket-keeper who scored 83 when these sides last played, Josh Philippe. It’s tough to leave both these players out of our fantasy teams today.

Most players may be tempted to pick Steve O’Keefe because he’s got a 4-fer when they last played Stars but since then, he’s only got 1 wicket in 2 games so we’re leaving him out of our MyFab11 (sign-up with code “READAD46 “) STA vs SIX fantasy team and we’ll rather pick youngster Hayden Kerr who was also wicketless in the last game where they were beaten but had 2 wickets in each of his two games prior to that.