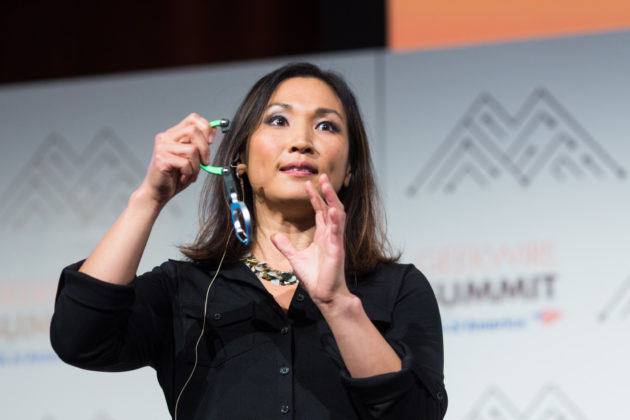 Heroclip, a unique gear-holding gadget invented by Seattle entrepreneur Mina Yoo, has been acquired by Gear Aid of Bellingham, Wash.

Yoo, a Ph.D. former professor of entrepreneurship at the University of Washington, founded Lulabop and her Heroclip product in 2015. The hardware, originally called the Qliplet, is part carabiner and part utility hook and was designed to hold and hang gear for everyone from outdoor enthusiasts to garage reorganziers.

Yoo raised about $2 million for Heroclip and sold more than 1 million units worldwide.

Gear Aid makes and distributes products for the care and repair of outdoor gear and sells other tools and accessories for a variety of activities.

“Our design team has always admired the simplicity, rugged durability, beauty, and innovative design of the Heroclip carabiner,” Gear Aid President Clark Campbell said in a news release. “Mina and her team at Lulabop have done an exceptional job of building awareness and a committed following for the Heroclip brand.”

Gear Aid plans to reintroduce the Heroclip swivel carabiner to its network of over 2,500 retail and distribution partners throughout North America, Europe, U.K., Australia, New Zealand and Asia. 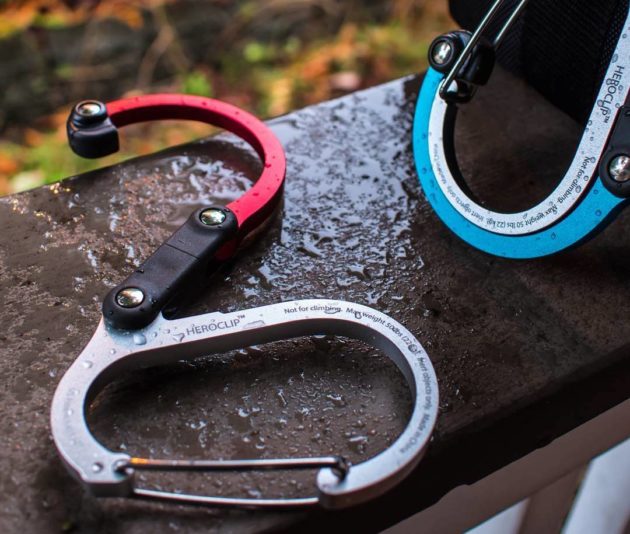 The Heroclip is a swiveling hook with a built-in clip that can hold 60 pounds. (Heroclip Photo)

“Their customers share the same ‘can do’ DIY spirit as the fans of Heroclip,” Yoo said.

Yoo presented an early iteration of the product as an “Invention We Love” at the 2016 GeekWire Summit.

Heroclip raised $1.1 million in funding in September 2018 and $500,000 in May 2017. In campaigns on Kickstarter and Indiegogo, the invention raised $400,000 from more than 7,000 backers, and in 2018 Yoo joined other panelists in a discussion about crowdfunding secrets to success.

Asked what’s next on her entrepreneurial path, Yoo told GeekWire that she’s “excited to apply all of my experiences and wisdom gleaned from fantastic people I have interacted with on this journey to the next chapter of my life.”