Aslan Karatsev appeared from the blue to carve out an electric Australian Open charge in 2021 – and the enigmatic Russian has rocked his rivals again.

The world No.20 has defeated three-time Grand Slam champion Andy Murray in the men's Sydney Tennis Classic singles final, a year after unexpectedly advancing to the semi-final stage of the Australian Open.

Karatsev was at his destructive best against Murray at Ken Rosewall Arena, hurtling to a 6-3, 6-3 victory two days out from the start of the year's first Grand Slam.

AS IT HAPPENED: Australia stumble on crazy day in Hobart

AS IT HAPPENED: Kokkinakis' incredible reaction to triumph 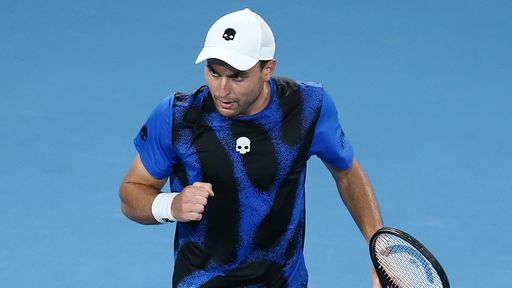 Karatsev will on Monday face Spaniard Jaume Munar in the first round of the Australian Open.