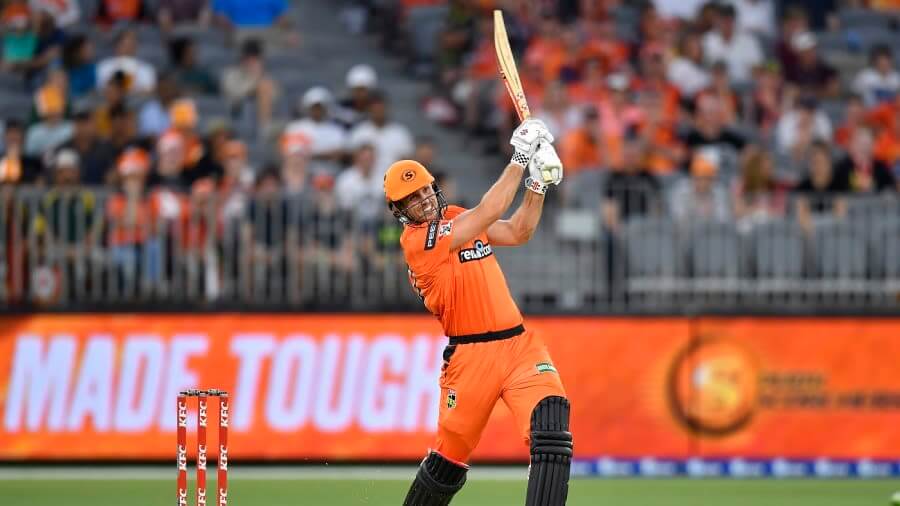 In November 2021, Australia went on to win their first ever T20 World Cup and the hero of that match was none other than Mitchell Marsh who played an unbeaten knock of 70-odd to take Australia across the finish line. And this uber potential seemed like he was finally realising all the potential he’s had over the years, since he made his debut as a youngster.

After that World Cup winning performance, he got another fifty for Australia A and then moved straight to play for the Perth Scorchers at the 2021/22 Big Bash League (BBL) where he moved one step ahead from his last two innings, smashing a century against Hobart Hurricanes and recording his maiden BBL century. The form of his life, he won’t forget this period for a very, very, very long time.

The 31-year old all-rounder has been playing top level cricket since a while now but it’s only 2021 that he’s announced himself. He’s been in great form internationally and his first match for the Scorchers, he went on to hit 100(60)* and you could see the intent in his eyes right from when he walked out to bat in this game, which was Match 12 of BBL 2021/22, played on 14th December 2021.

Usually used as a finisher in T20 games, he walked out to bat at number #3 today and smashed Scott Boland for four on his first ball and that shows hat great touch he’s been in. The very next ball was tonked down the ground for a six, taking Marsh to 10 in his first two deliveries. Ashton Turner won the toss and chose to bat for the Scorchers and Marsh got to this milestone at 19.5 overs, with Scorchers finishing on 182/5.

When they were at 74/4, not many thought they’ve get past 160 but Marsh came to their rescue and hit 6 fours and 5 sixes in this innings, including tearing apart D’Arcy Short for as many as 25 runs in the penultimate over of the innings. The dream run continues for Marsh and he’s going to be a big force in world cricket if this form continues. It could even lead him to get another chance in the IPL as well, couldn’t it?!

Batting at number #6, Englishman Laurie Evans gave him some great support, hitting 40(24) himself and when those two were together, Scorchers were running away with the game. Marsh’s dream run continued, making his first entry into the list of all BBL centuries and even his elder brother Shaun never made this list, even though the latter has been one of the highest run scorers in the history of this league.

Just a few days ago, it was Marsh’s Scorchers teammate Colin Munro who brought up his maiden BBL century as well, also recording the first individual century of the BBL 11 season. Among the Hurricanes bowlers, only Nathan Ellis was shown some respect, getting 2/33 in his 4 overs while they got a blow early on the game with Joel Paris walking off retired after getting the first wicket but bowling only 2.2 overs!

For more updates on Mitchell Marsh and on the Big Bash League, make sure you stay tuned to ReadScoops.com …

Register on 10Cric and get a whopping 100% first deposit bonus