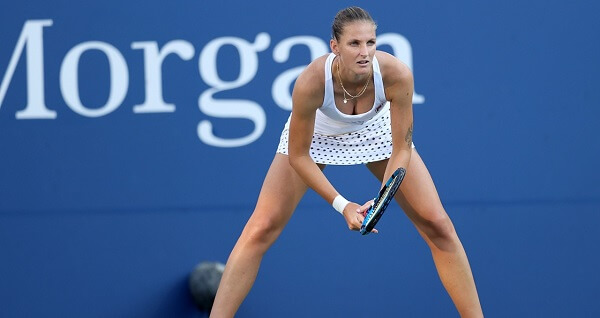 World number #4 Karolina Pliskova has been forced to withdraw from the 2022 Australian Open following a recent injury she picked up. Having made her first Grand Slam appearance in 2010, the Czech female tennis player has been in the form of her life and she won’t be too pleased with missing out on the first Grand Slam of the year, scheduled to take place next month down under.

Pliskova has been doing brilliantly for herself of late, reaching the final and quarter final in the last two Grand Slams, at the 2021 Wimbledon and 2021 US Open respectively. Now however, she’s been ruled out of the next one in Australia due to a hand injury sustained in training. She said the same today, 16th December, in a press conference, and the tournament organisers also confirmed the same.

“Unfortunately, I hurt my right hand in practice yesterday and I won’t be able to play in Adelaide, Sydney and (the) Australian Open this year,” said Pliskova in the statement. She now becomes yet another latest high-profile player to miss out on the Melbourne Park major, following Grand Slam champions Serena Williams, Bianca Andreescu and Roger Federer.

The Australian Open is scheduled to begin a month from today, on 17th January 2022 and this means more chances for lower seeded female players in the draw. The 29-year old Pliskova also had a great run at the Australian Open between 2017-2019, making two quarter finals and the a semi final in 2019, where she lost to the eventual champion, Naomi Osaka.

The official Twitter account of the organisers also posted a tweet in support of Pliskova and also wishing her a speedy recovery. the tweet read, “You will be missed, @KaPliskova. Wishing you a speedy recovery *Flexed biceps* #AusOpen” She will indeed be missed but let’s hope she will be fit in time for the 2022 French Open, which is the next major in the schedule.

For similar updates from the 2022 Australian Open, stay tuned to ReadScoops.com …

Register on Betway and get massive FREE Bets every week