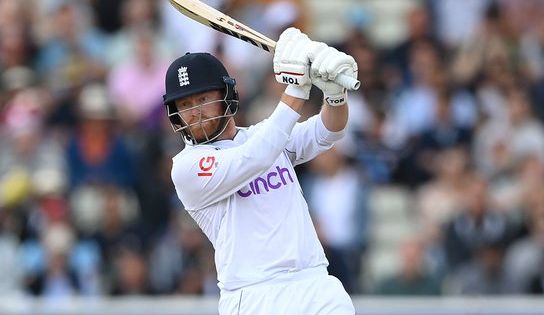 We’ve seen a lot of ups and downs in the 5th Test between England and India, so far still on Day 3 of the game. India began with losing 5 wickets before they reached the score of even 100 and then they went on to make a great recovery to score 416 in the 1st innings. Similarly, England found themselves 84/5 at Stumps on Day 2 and started building an outstanding recovery themselves early on Day 3.

The man leading the recovery (not for the first time) for the hosts was none other than wicket-keeper batsman Jonny Bairstow who has found a purple patch in his Test career right now. He’s scoring runs for fun and against really good opponents too. What’s better is tat all these runs have come under high pressure situations and here in the 5th Test against India, he’s done it again!

From 83/5, Bairstow and Stokes got together for a partnership that gave the hosts some kind of hope in this game but after Stokes was dismissed for 31, the former decided to take it up a notch. He started smashing boundaries and sixes for fun and was quickly reducing the deficit, this time stitching up a partnership for the 7th wicket with Sam Billings.

What looked like an unplayable Indian bowling attack yesterday was looking like an average one to Jonny Bairstow on Day 3 as he got boundaries in almost every over. In the process of helping his team recover, he got to an 11th career Test century, and the best part is that three of them have come in three consecutive Test matches!

The second one was a much better one according to us as he scored 162 in a record-breaking seventh wicket partnership with debutant Jamie Overton. They began when England was in trouble at 55/6 but he scored 162(157) and brought up England’s second fastest 150-score in Test cricket, also following it up with 71* in the 2nd innings to help the hosts complete the 3-0 whitewash.

Then, the action moved to Edgbaston where England hosted India in the 5th Test of their series which had a 9-month break in between. Here, he got them out of trouble once again and is enjoying the time of his life right now, also currently the highest run scorer in Tests in 2022 right now (and still counting). See here:

Jonny Bairstow is the leading run scorer in Test cricket in 2022. pic.twitter.com/WTE0oW6GIU

He got there in 119 balls and Bairstow is now the fifteenth England player to hit hundreds in three successive Test matches. For similar cricket and sports news from around the world, stay tuned to ReadScoops.com …