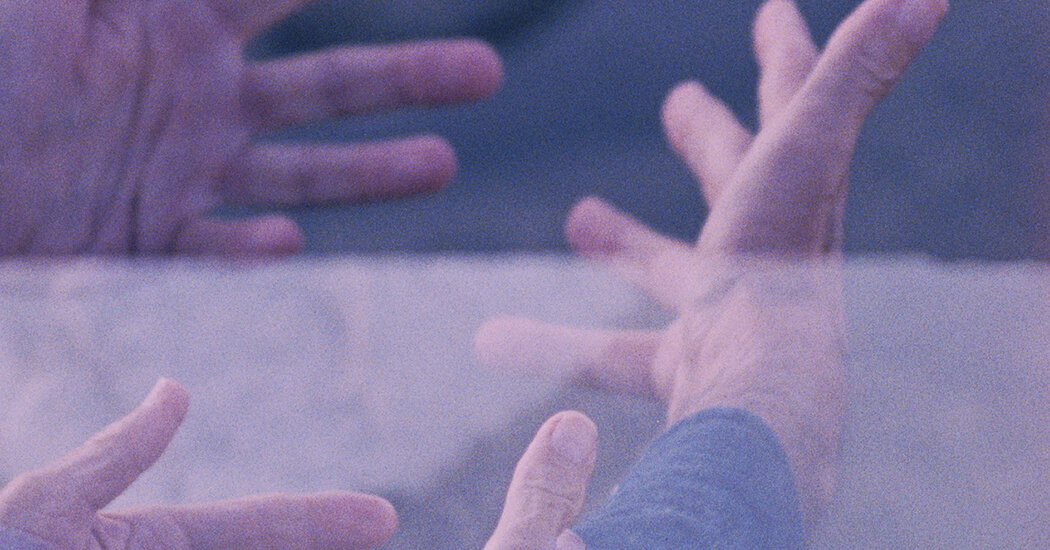 Stream it on Criterion Channel.

Rhayne Vermette’s experimental feature film opens with a series of vaporous and mysterious images. First, we see a woman walking through a desert gray landscape shrouded in eerie morning sounds; then, in close-ups of a fire, the disembodied voice of a daughter recites a letter to an absent mother. These scenes plant the seed for the film’s tenuous narrative: a bizarre and troubled story about a woman who returns to her Métis Nation family in rural Manitoba after an unexplained four-year disappearance.

But the plot is almost a red herring; he appears and recedes in brief snatches of unresolved conversation, leaving room, for the most part, for fascinating scenes of tactility and community. Both mundane and ancestral stories are exchanged over fireside gatherings and dinners, which Vermette, tugging at glittering celluloid, captures obliquely, focusing on a person’s gesturing hands as she talking, or on the ripple of a pond as children throw stones at it. Slowly, an intimate but enigmatic portrait of a place and a people merges.

“Ste. Anne ”is intentionally abstract, resistant to linear storytelling, but it still manages to captivate with its blend of documentary realism and cinematic magic. In one scene, as a family remembers a long-missing relative, it materializes in the background as a translucent figure – and just like that, an everyday conversation becomes a session.

This sweet and bizarre Spanish drama follows a 45-year-old woman, Rosa (Candela Peña), who decides to resolve a midlife crisis by marrying… herself. It may sound like the plot of a ’90s Hollywood romantic comedy, but “Rosa’s Wedding” is a film of surprising nuance and depth – a beautifully interpreted film about gestures, however absurd they are, that we sometimes need to become who we want to be.

Peña brings a wonderful, slightly worn pathos to a character accustomed to being at the mercy of everyone in her life: her boss in the wardrobe department of a movie set, where Rosa works as a seamstress; his brother, a businessman who is in the process of getting divorced; her sister performs with a drinking problem; and his harassing father who, following the death of his wife, clings to Rosa. Further requests from a girl living abroad and a boyfriend in need ultimately push her to a breaking point, and Rosa travels to her seaside hometown, where she decides to reopen the her mother’s sewing store and pursuing her longtime dreams.

And what better way for Rosa to start a new life than with a wedding? Confusion and tense confrontations ensue as Rosa’s family arrive at the picturesque location awaiting a traditional ceremony. The caper ends as you’d expect – with a colorful and enjoyable finish – but the film’s vulnerable performances and in-depth discussion of heartbreak and growth ensure it never feels trite.

“The problem of being born”

Austrian filmmaker Sandra Wollner’s provocative feature film opens with scenes of a girl and her father lounging by a pool somewhere in a wooded suburb. The eerie sound design and surveillance-type cinematography suggest something is wrong, but it wasn’t until a few minutes after the movie started, when the girl nearly drowned and was saved by her father, that we noticed her movements. on stilts and its smooth silicone skin. Elli, you quickly realize, is an automaton – a cybernetic replacement for the 10-year-old girl her father lost many years ago.

The first half of “The Trouble With Being Born” traces the domestic life of this duo, forcing us to grapple with that elusive but unmistakable line that separates humans from non-humans – a strange chasm made even more unsettling by the fact that Elli is played by an anonymous actress wearing a mask. In the second half, the film turns from contemplative to condemnatory as the twisted nature of Elli’s relationship with her father figure becomes clear. Rather than tipping into sensationalism, Wollner’s film maintains a coldly dystopian vision, confronting us with a nihilistic (albeit unmistakably realistic) world where science, no matter how sophisticated, can never transcend the depravity of its creators.

Stream it on Netflix.

If you walked past Captain Ramadan’s weightlifting gymnasium in Alexandria, Egypt, you would never guess that he produced 17 Pan African Champions, nine World Champions and four Olympians. Located in an open-air courtyard overgrown with weeds and surrounded by traffic, this gym looks more like a dumping ground for rusty equipment. Yet in this dilapidated, budgetless institution, Ramadan not only coached world-class athletes, but also led a unique movement of Egyptian weightlifters.

The documentary “Lift Like a Girl” follows Ramadan as he coaches another up-and-coming champion, bespectacled teenager Asmaa, for four years. Observing weightlifters’ routines up close with a handheld camera, the film captures the mix of chaos, deprivation and guts that animates this rambling community. Ramadan is quite a cinematic figure: he is a grizzled grumpy man as inclined to have fun in songs of fatherly affection as he is to explode with curses or to throw stones at boys who dare to make fun of his daughters.

With an intimate and integrated approach, director Mayye Zayed traces the outlines of Ramadan’s harsh love and its profound and formative effects on Asmaa. A late twist pushes the film beyond the realm of sport, highlighting the avenues of hope and solidarity that the gymnasium offers to young women of modest means.

Five films to watch this winter

Gonzalo Maza’s black-and-white lo-fi comedy about the misadventures of two charming, aimless women is as surprisingly original as it is warmly familiar; his portrait of the millennial discomfort is streaked with a surprising and tonic obscurity. Set in short, sardonic episodes, the film follows two best friends, Cristina and Susana, as they navigate a meandering 30-something stretch. Cristina faces a messy separation from her selfish ex-graphic writer and an even more messy relationship with her handsome director, while healing a serious case of artist blockage. Meanwhile, Susana faces a family crisis of faith as her mother goes on vacation with a new lover, and her father draws her into a web of lies and unpaid loans.

It’s as if adulthood and its ramifications had taken the two women by surprise. But the movie never feels twee or cloying; he maintains a mature and down-to-earth attitude towards life even though he regales us with plays involving pretentious drama workshops and wellness-themed evenings. Cristina and Susana keep coming back to the memory of another friend who died in an accident a few years ago. The abrupt end of her life hangs over the couple’s blocked and confusing paths, giving perspective to even their most pitiful moments.