Cricket, especially Test cricket, is a game of moments — a split second can have repercussions for two or three days down the line.

Nobody knows that more than Jos Buttler right now, who, just a couple of hours after taking an absolute screamer, suffered a sad reversal of fortunes.

Ben Stokes dug a shorter but slower delivery to Marnus Labuschagne who mistimed a pull shot, ballooning up off his glove and back towards the head of the English wicketkeeper — who put it down.

LIVE UPDATES: Aussies rocked as captain ruled out due to COVID-19 rules

Labuschagne was on 21 at the time of the first missed catch - but things would get worse just before stumps, dropping an absolute sitter off the bowling of James Anderson, with Labuschagne on 95.

"You've got to feel for Jos Buttler," Shane Warne said on commentary.

The second one was much more egregious than the first - which also should have been taken.

"He's put that down, should have swallowed that," said Fox Sports commentator Adam Gilchrist. 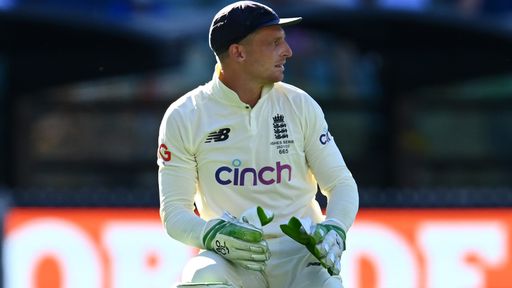 "This is a dolly. I know he's diving, but he should have taken that.

"I think he had more time than what he actually knew."

Few are better equipped to judge a keeper's catching technique than Gilchrist, who had earlier waxed lyrical about Buttler, whose glovework gave Stuart Broad his first wicket of the series.

"You think about the technique and the power, watch the drive — he moves late," Gilchrist said.

"Good little shuffle and then look at the strength and power in the legs to get horizontal." 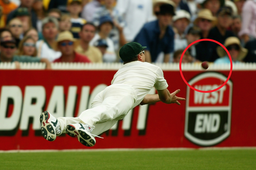