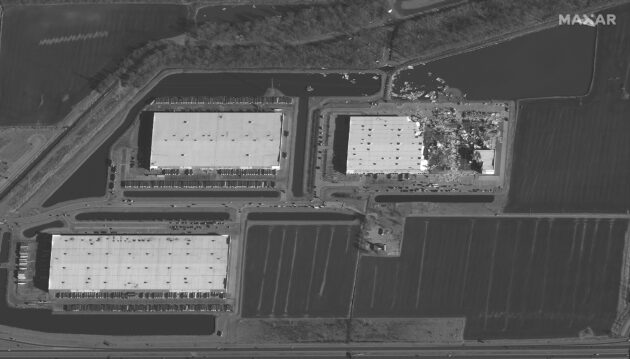 Editor’s note: This story was update with information from Amazon about the cell phone policy.

Original story: Six people died after a tornado ripped through an Amazon warehouse in Edwardsville, Ill., late Friday evening. Now questions are being raised about the tech giant’s cell phone policies and use of contractors.

Reuters reported that the Amazon delivery hub received tornado warnings at 8:06 p.m. and 8:16 p.m. before the tornado hit 11 minutes later, part of a series of tornadoes that killed at least 90 people in several states.

One of the Amazon employees who died was sheltering in a bathroom, Reuters reported. Workers were sheltering in two places, according to The New York Times.

The incident has resurfaced an Amazon policy that prevents warehouse workers from carrying their phones, Bloomberg reported. The policy was put on pause during the pandemic but some managers have resumed the ban, according to Bloomberg. Workers told Bloomberg that they want their phones to get alerts about potential safety risks such as extreme weather.

Update: An Amazon spokesperson told GeekWire that all employees and drivers are allowed to have their cell phones.

FedEx has its own cell phone ban and drew scrutiny following a mass shooting at a FedEx center in Indianapolis earlier this year.

The New York Times reported that a majority of the people working at the Amazon delivery center on Friday were contractors, which created difficulty in figuring out how many people were actually at the facility, according to the local police chief.

The Retail, Wholesale and Department Store Union, which is helping lead a closely watched unionization effort at an Amazon facility in Bessemer, Ala., issued a statement following the tornado incident in Illinois.

“Time and time again Amazon puts its bottom line above the lives of its employees. Requiring workers to work through such a major tornado warning event as this was inexcusable,” Stuart Appelbaum, RWDSU president, said in the statement. “…This is another outrageous example of the company putting profits over the health and safety of their workers, and we cannot stand for this.”

The building directly impacted by the storm is a delivery station that opened in July 2020; it employs about 190 people. Delivery stations prepare orders that are picked up by contractors for last-mile routes.

Amazon said it is donating $1 million to the Edwardsville Community Foundation.

Amazon executives addressed the situation on Twitter, including founder Jeff Bezos, CEO Andy Jassy, and Dave Clark, CEO of Amazon Worldwide Consumer. One worker responded to Clark’s tweet saying that she couldn’t get to work because of the tornadoes and wasn’t able to get help with avoiding an attendance penalty.