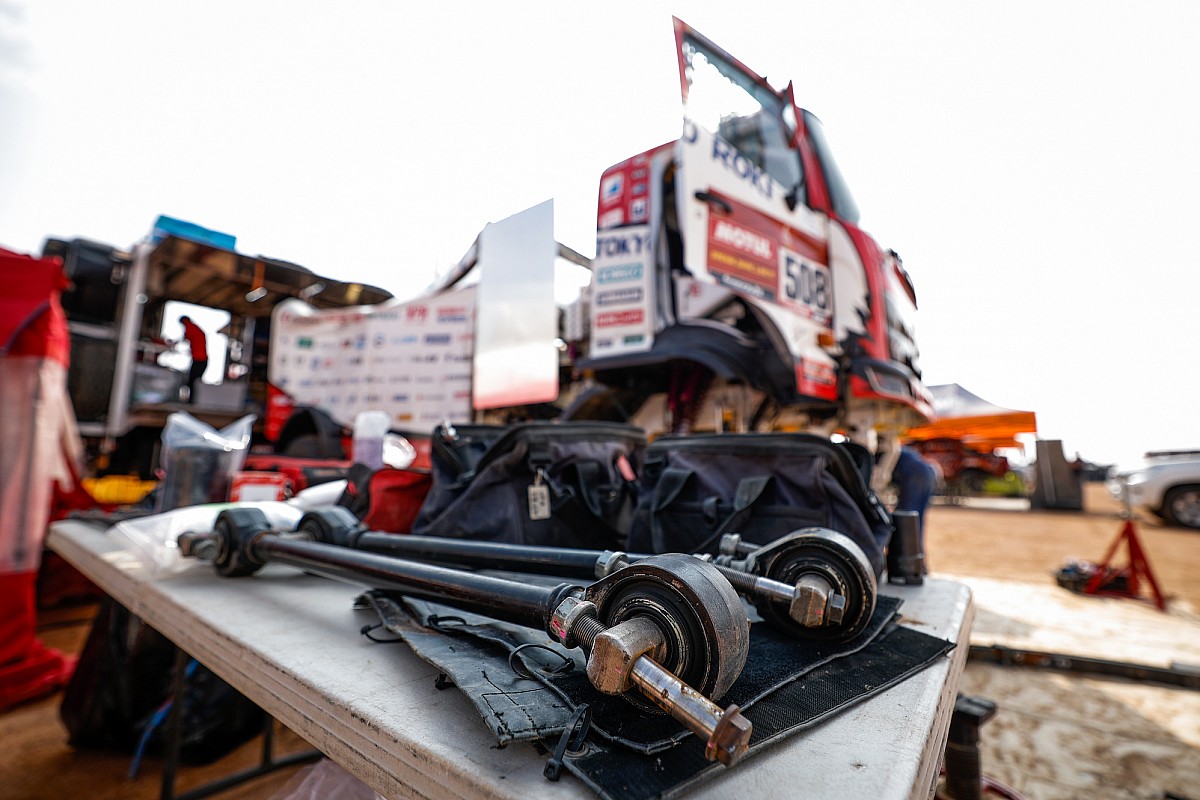 Quentin Lavallee, chief mechanic of the #726 Peugeot 205 Turbo 16 that the PH Sport team had managed to bring back to Dakar Classic, died from injuries sustained in a road accident 234km into the transport section.

The incident occurred at 11:30 local time and, according to local authorities, involved the assistance car and a local truck. The Frenchman was only 20 years old.

The team’s co-driver, Belgian Maxime Frere, has been taken to the National Guard Hospital in Jeddah for tests to determine the extent of his injuries. He initially reported abdominal and chest contusion.

The incident comes at the end of an edition that has been marked by the explosion of Sodicar Racing’s team assistance car on December 30 which injured both legs of driver Philippe Bourton and forced the organiser to reinforce the security of the camps.

The French and Saudi authorities are still conducting an investigation to determine the cause of the explosion.

“This morning at 11:30, on the assistance liaison route, an accident involving an assistance vehicle and a local truck, according to local police authorities, occurred at kilometre 234,” read an official statement from ASO.

“The driver of the car belonging to the team PH Sport, Quentin Lavalee, of France, very sadly passed away in the accident. He was 20 years of age. His passenger, the Belgian Maxime Frère, was injured and was transported to the National Guards Hospital in Jeddah.

“He was conscious and a full analysis is underway. He suffered an abdominal and chest contusion. Quentin was chief mechanic on the 205 Turbo 16 racing in the Dakar Classic (n°726). The Dakar offers its sincerest condolences to Quentin’s family, loved ones and PH Sport.”

Toyota’s Nasser Al-Attiyah claimed his fourth Dakar win in the cars category after beating Sebastien Loeb (Prodrive/Bahrain) to the top spot, while Sam Sunderland clinched the bikes crown for the KTM-owned GasGas team.