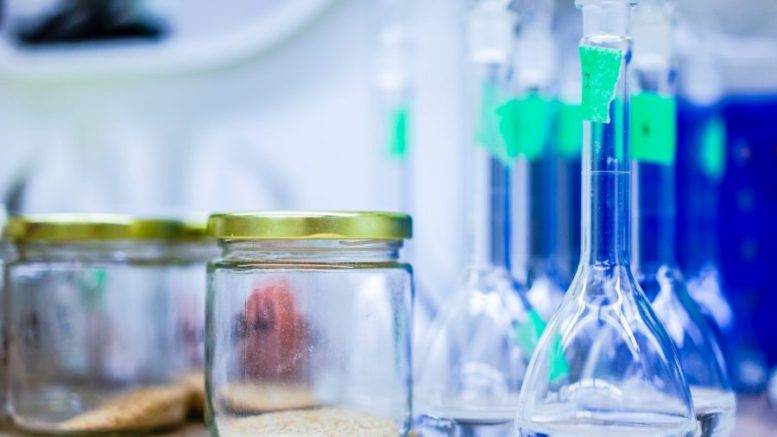 The Collision Theory assumes that there must be collision between reactant particles for a chemical reaction to occur. Although there are many such collisions, only a small fraction of them result in a reaction; these are called effective collisions.There are several factors that affects the rate of reaction in a chemical system, however, we first examine the role of activation energy in chemical reactions

In a reaction system, particles move about at different speeds as they process different amounts of energy. For a chemical reaction to occur, the colliding reactants particles must possess a certain minimum amount of energy, called activation energy.

The breaking of the covalent bonds requires energy. An initial energy input is needed to activate the reactant molecules. This energy is the activation energy of the reaction. In this case, the energy is relatively high and a mixture of hydrogen and oxygen left undisturbed do not react under ordinary conditions. To overcome the energy barrier, energy must be supplied to the reaction system. This is usually provided by an electric spark. The net reaction of the formation of water is exothermic. Therefore, once the reaction begins, the heat energy evolved is enough so active the rest of the reactant molecules.

From the concept of the energy of activation, we see that

From the Collision Theory, we see that the rate of a reaction would depend on the frequency of effective collisions between reactant particles. The factors which influence

will also affect the rate of chemical reactions. Some of these important factors are as follows.

Note: When doing experiments to study the effect of one of the factors on rate of reaction, the other factors that also affect the rate of reaction must be kept constant. Only then can we assume that the changes in measurement that occur are due, to the factor under study.

Effect of the Nature of Reactants

When a piece of iron is placed in dilute hydrochloric acid, there is a slow evolution of hydrogen gas; with a piece of zinc, hydrogen is evolved rapidly, and with a piece of gold, there is no evidence of a reaction. Thus, the rate of a chemical reaction is determined by the chemical nature of the reactants as different substances have different energy contents.

Effect of Concentration of Reactants

The following reactants are used to study the effect of concentration of reactants on the rate of reaction.

Hydrogen gas is given off. The reaction rate is obtained by measuring the duration of effervescence. The concentration of the acid is varied, while the mass of the metal is kept constant.

Iodine is liberated in this reaction. Starch is added to react with the iodine to form a dark-blue coloured complex. We measure the reaction rate by the time taken for a blue colour of a given intensity to develop.

In the experiments on how the concentration of a reactant affects the reaction rate, we note that the time taken for the reactions to complete is inversely proportional to the rate of reaction.

Note: In general, reaction rate decreases with time. This is because as reaction goes on the reactants are being used up, so their concentrations keep on decreasing.

To bring about greater contact between the reacting particles, the exposed surface area of the solid reactant must be increased by subdividing or breaking the solid into smaller pieces. The greater the surface area of the reactant, the higher is the rate of reaction. For example, zinc dust burns more quickly in oxygen or chlorine than zinc granules. Even lead burns in oxygen when it is in dust form.

In a reaction where the reactants are gases, liquids or solids dissolved in solution, the thoroughness of mixing is important to ensure maximum contact between the reactant particles. For example, liquids of different densities react slowly when they are immiscible, unless continually stirred. Similarly, in industrial processes, such as the solvay process, elaborate devices are used to ensure thorough mixing of the gases with the liquids.

The efficiency of solid catalysts in increasing reaction rates depends on their surface areas. Catalysts in industrial processes are often prepared in a very finely divided form or are spread out on an inert support so that the largest possible surface area is exposed to the reacting particles. That is why we use platinum black (finely divided platinum powder appears black) and platinized asbestos (platinum deposited on asbestos support) but not a platinum block as the active catalyst.

The rate of reaction is faster, especially at the beginning, when powdered marble is used than when marble chips are used.

We know that reactions are faster at higher temperatures and slower at low temperatures. Many reversible reactions, if left at ordinary temperatures, would take years or even centuries to come to equilibrium. In general, the reaction rate doubles for each rise of 10oC. The reverse effect of cooling a reaction in order to slow it down is true. For example, the refrigerator has low temperatures to slow down the chemical reactions that spoil food.

Increasing the temperature of a system can lead to an increase in reaction rate in two ways. When the temperature is raised, energy in the form of heat is supplied to the reactant particles, so that

As a result, the number of effective collisions increases and the reaction proceeds at a faster rate.

Some reactions are influenced by light. The reaction between hydrogen and chlorine, for example, is negligible in the absence of light, moderate in daylight and explosive in bright sunlight. Such reactions are known as photochemical reactions.

In these reactions, the reactant molecules become activated on absorbing light energy, and react rapidly together in a series of chain reactions.

A positive catalyst usually acts by lowering the energy barrier of a chemical reaction. Thus, in the presence of a catalyst, more reactant particles are able to react when they collide.