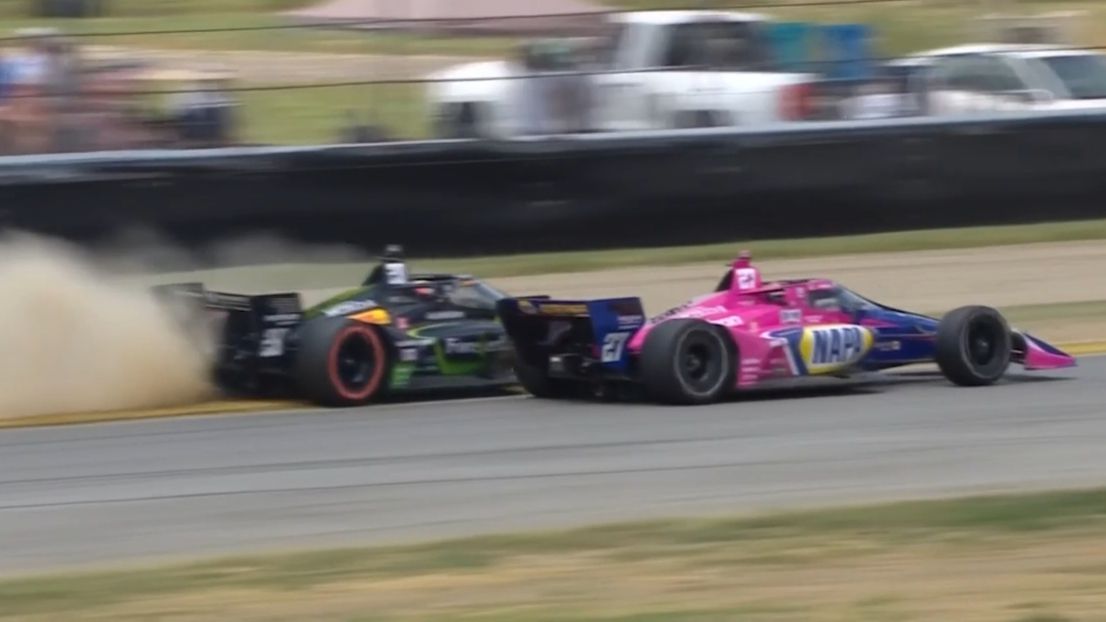 Will Power's determined drive from last to third at Mid-Ohio could prove pivotal in the Team Penske pilot's IndyCar Series title aspirations.

It was a surprise podium appearance for the Toowoomba-born driver, who spun on the opening lap after contact with two-time Indianapolis 500 winner Takuma Sato.

Having been buried in the pack after a lacklustre qualifying, the spin added salt to the wounds of an already tough start to the weekend.

Stan Sport is the only place to watch the 2022 INDYCAR Series with every race streaming ad free, live and on demand. Start your free Stan Sport trial here!

Nevertheless, the 41-year-old was confident he had a car quick enough to run at the pointy end.

What followed was a spirited drive to third, executing a surprise three-stop strategy to put himself in with a shot of victory late in the piece.

With third place, Power has kept within 20 points of series leader Marcus Ericsson, though the picture wouldn't have looked so pretty if he hadn't survived the first-lap scare.

"I think the lesson is that even if you don't pass any cars today, you're still making positions," Power said.

"If you don't make any mistakes – just to start with – and then you have a fast car on top of that and you make smart moves, you're going to make positions.

"You can't get too desperate. Like the first lap, that was just being in the wrong spot sort of where I spun.

"These races are so unpredictable, as you've seen all year. If you just hang in there, you're going to end up in a good spot."

Speaking on the spin, Power said it was a case of wrong place, wrong time.

"Everyone was very choked up and just got someone's back wheel, trying not to take them out," Power explained.

"Spun, kept it running, kept going, and had passed a few cars then and then pitted again, went to the back, and then yeah, just started passing cars. Good pit stop sequence.

"The yellows hurt us actually for the sequences, but it helped us for restarts. We had some good restarts, definitely gained positions because of restarts.

"Solid. Another great day, good strategy, and yeah, keeping ourselves right in the points game."

Power's Team Penske stablemate Scott McLaughlin was the winner at the end of the 80-lap affair.

The Kiwi was joined by his parents, Wayne and Diane, who flew over for the Indianapolis 500 and have gone on tour with the racing circus.

The win was the first for McLaughlin state-side with his parents in attendance.

Power noted the significance of the occasion, not missing an opportunity to joke about his family's interest in his racing career.

"Oh, man, winning a race with your family there is amazing," Power began.

"I've never won an IndyCar race with my parents here, only my brother, Damo, when I won the championship, but not a race.

"They just never come. They don't really care," he laughed.

"I've tried to make them come, they just don't like it. They just go on with their lives.

"I'm not superstitious, I'd love them to come, but they just don't care for what I do really.

"They watch the races at home but it's a long trip to come and hang out here.

McLaughlin celebrates with a shoey

The press conference offered a rare, if comical, insight into Power's relationship with his parents.

While his brother is a known quantity, having a public persona as a comedian, Power has not often spoken about his parents.

"Well, my dad races, he does like it," Power said.

"My mum was a nun for seven years. She was in a convent and she left because she had such anxiety because of the community work you had to do with kids and such. She's a very gentle, arty person.

"My dad is nuts. Like he's a race car driver and he's just crazy. I don't know how they ever ended up together, but they produced this, which is kind of weird."

The IndyCar Series resumes at Exhibition Place on July 18 (AEST) for the Honda Indy 200.

For a daily dose of the best of the breaking news and exclusive content from Wide World of Sports, subscribe to our newsletter by clicking here !