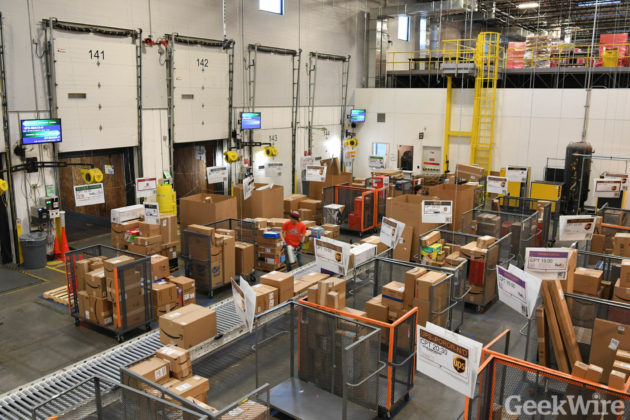 The National Labor Relations Board has set a “notice of second election” and date for a redo of the employee vote on whether to unionize an Amazon fulfillment warehouse in Bessemer, Ala.

The NLRB said Tuesday that the election will be held by mailed ballot. Those ballots will be sent from NLRB on Feb. 4 and will be counted on March 28.

The unionization effort at the facility was struck down by a wide margin last April, with 1,798 voting against joining the Retail, Wholesale and Department Store Union (RWDSU) and 738 voting for it at the warehouse facility known as BHM1. The warehouse employs about 6,000 workers.

The call for a second election comes after the NLRB said it found Amazon “interfered with the employees’ exercise of a free and reasoned choice by creating the appearance of irregularity in the election procedure.” The NLRB said a mailbox was installed outside Amazon’s main entrance and employees were improperly polled about their support for a union during mandatory meetings.

In August, a NLRB hearing officer ruled that Amazon stepped outside allowable guidelines and improperly pressured Bessemer warehouse workers against unionizing the warehouse. That officer recommended in a report that the election should be redone.

The Retail, Wholesale and Department Store Union said in an emailed statement Tuesday that there is still concern that Amazon could interfere in the new election.

“Amazon’s misconduct during the first union election so tainted the outcome that the NLRB overturned the results and directed a second election for workers in Bessemer, Ala.,” the RWDSU said. “We are deeply concerned that the decision fails to adequately prevent Amazon from continuing its objectionable behavior in a new election.”

RWDSU said the union proposed to the NLRB “a number of remedies that could have made the process fairer to workers, which were not taken up in the Notice of Election issued today.”

In November, as the NLRB issued a formal “Decision and Direction of a Second Election,” Amazon spokesperson Kelly Nantel called the NLRB decision to redo the vote “disappointing.”

“Our employees have always had the choice of whether or not to join a union, and they overwhelmingly chose not to join the RWDSU earlier this year,” Nantel said. “It’s disappointing that the NLRB has now decided that those votes shouldn’t count. As a company, we don’t think unions are the best answer for our employees.”

The defeat in Bessemer ended what was the most serious effort to unionize a segment of the workforce at the tech giant that now employs 1.5 million people worldwide.

Read the NLRB’s “notice of second election” below:

Notice of Second Election by GeekWire on Scribd

Correction: A previous version of this story attributed a RWDSU statement to the organization’s president, Stuart Appelbaum. The statement was from the union.